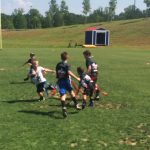 Players from the Falcons, Panthers, Steelers, Dolphins, and Patriots returned to PHS for Week 2 of NFL Flag.  The Falcons defeated the Panthers twice in 3 games on the day led by the outstanding running of Carter McCollum. The Panthers were led by Brett Batson on both sides of the ball. The Patriots moved to 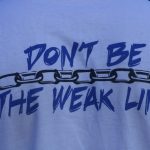 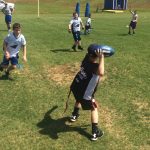 NFL Flag kicked off on Wednesday (June 10th) at Pickens High with 24 youngsters participating in 3 hours of skill instruction (including “Heads Up Tackling”) and flag football games. Players from the Falcons, Panthers, Steelers, Dolphins, and Patriots played games in 2 separate age groups (9 & Under and 10 & Up). The youngest division 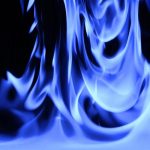 Attached is the 1st of our June Newsletters for the summer.  As many of you are winding down the school year, we will be revving up and getting ready to go!!! Summer workouts start Monday June 8th at 6pm. Kickoff for 2015 is less than 80 days away!!!  There are several things going on this

NFL Flag starts Wed 6/10…($50 includes jersey, T-shirt, 3 weeks worth of skill sessions, games, and free admission to our Youth Day Camp on July 1st). The Deadline to register is Friday 6/5. Also all players need to register online at www.nflflag.com/form/player. We cannot order equipment for anyone not registered through the NFL website. We 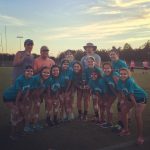 The 2015 Powderpuff games were held on Thursday May 21st, 2015.  The first game began with the juniors playing against the freshmen. The juniors took the lead, beating the freshmen 6 to 0. In the second game, the senior class dominated over the sophomore class with a final score of 14 to 0. To determine the third 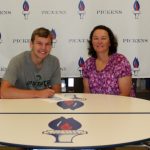 On Tuesday afternoon, May 19th, PHS senior Tanner Saunders signed a scholarship to continue his track, and most importantly academic career at the University of South Carolina Upstate in the fall of 2015.  Joined by his mother, friends and coaches Tanner entered the next phase of his career with his commitment to USC-Upstate.  On behalf of the Pickens HS athletic department we would