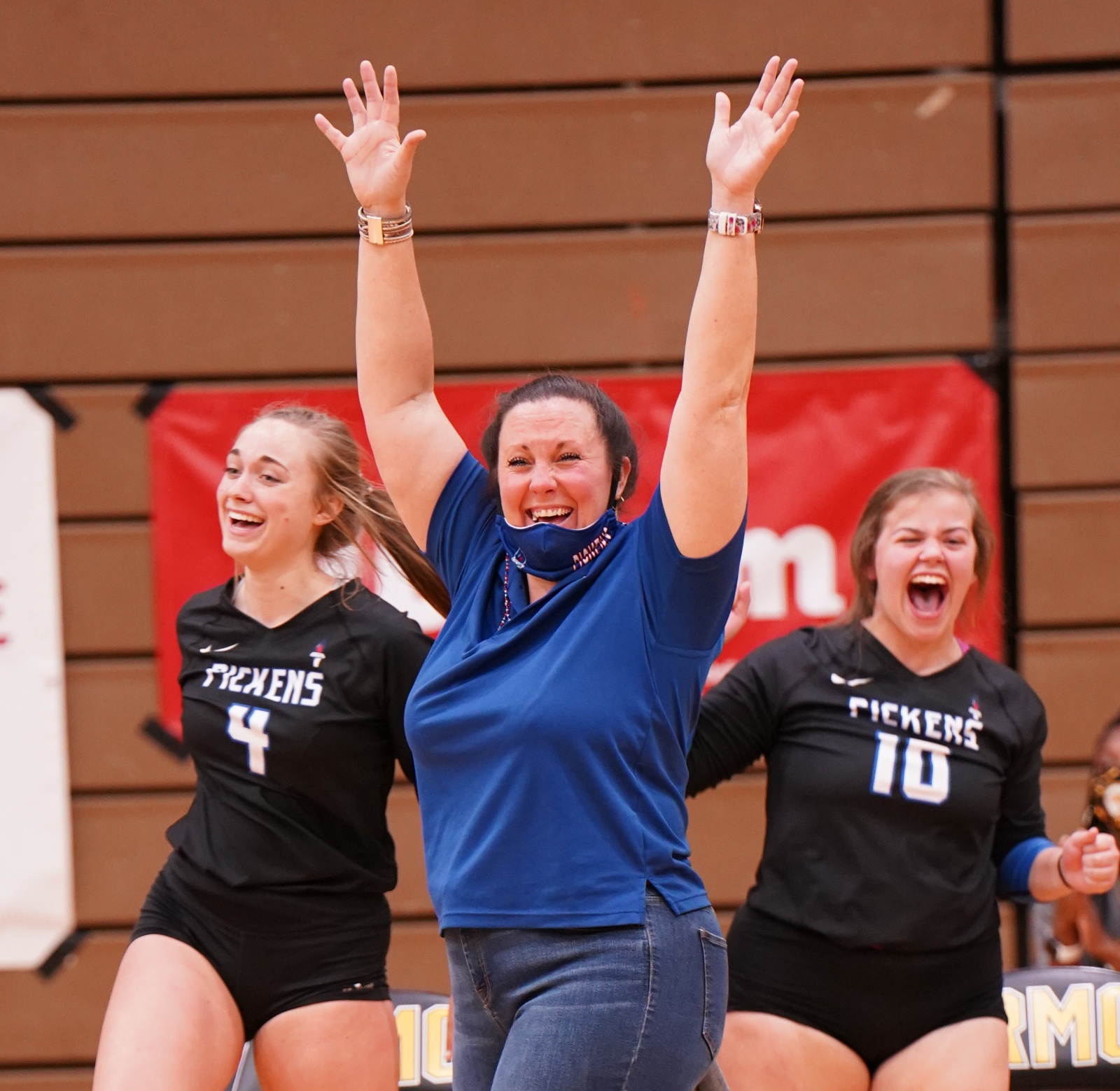 The coach of the Pickens High School Lady Blue Flame volleyball team said the loss in the state title match could not tarnish the luster of an “incredible” season.

“Losing the State Championship to another excellent team does not define the incredible and memorable season we had,” said Lady Blue Flame Coach Rikki Owens. “We are extremely PROUD and grateful for our journey, successes and growth together as a TEAM. Not everyone can say they have made it to the final stage four years in a row, battling through such a tough 4A region with other fiercely competitive teams. We earned every game and fought until the very end, and that shows true character and grit! I am blessed to share my passion with such incredible young women. What a special, special season and team. Our time is coming!”

The Pickens High School Lady Blue Flame volleyball team’s season came to a crushing end Thursday in Irmo in a loss to the Hilton Head Island Lady Seahawks in the 4A State Championship.

Hopes were high for a 16th state championship for the Lady Blue Flame as the team swept through the playoffs, and the Upper State Championship, without losing a set. Because of the Blue Flame’s stellar regular-season record, all of the playoff contests up to the title match were played in the friendly confines of Coach Peggy Harden Anthony Gymnasium on the Pickens High School campus, where the Blue Flame did not lose in 2020.