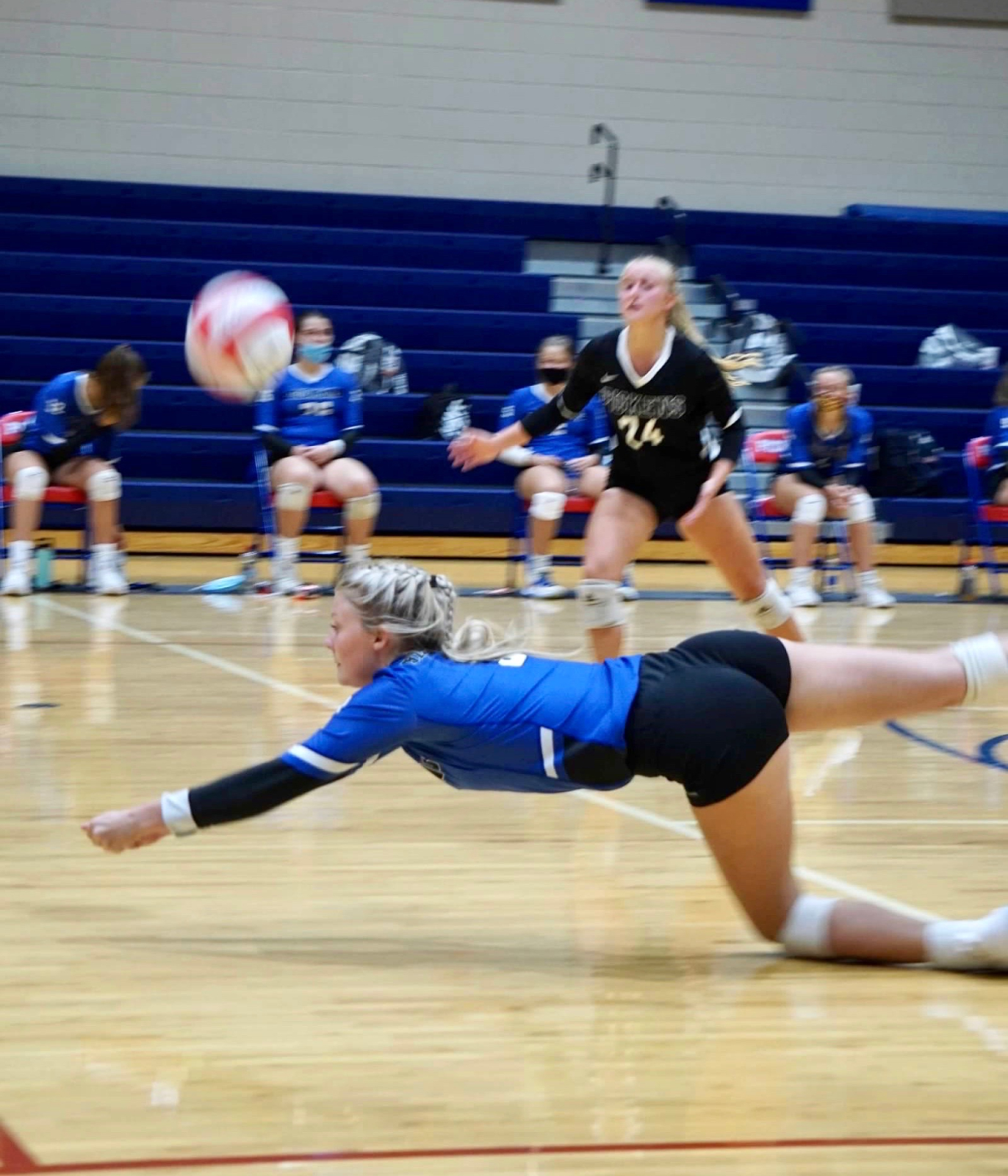 Since high school athletics were never a sure thing this fall during the COVID-19 era, Lady Blue Flame Coach Rikki Owens said the team was blessed to take the court against the Lady Razorbacks.

“We were SO excited and grateful to be able to have the opportunity to play and be out on the court again,” she said. “The girls are fired up and are not taking anything for granted this season. That first match has us ready to compete!”

The match was played Sept. 8 in the friendly confines of Peggy Harden Anthony Gymnasium at Pickens High School. The legend herself, gymnasium namesake Peggy Harden Anthony, winner of nine state championships at Pickens High, was in attendance at the match, along with her daughter, Nikki Anthony, another Pickens volleyball legend, whose retired jersey Number 22 hangs in the rafters of her mother’s gymnasium.

In the Walhalla match, Pickens sophomore Lauren Dow and junior Calie Covey led the Lady Blue Flame with seven kills apiece. Junior Ali Pace led in digs with 19, followed by sophomore Macie Gentry with 11. Pace also had seven service aces, and her excellent service kept Walhalla off balance for much of the evening. Senior Maddy Gentry led in assists with 14, and Dow had eight assists.

Pickens High will play archrival Easley High, now a 4A region foe, in a match Tuesday night in Easley.

The Lady Blue Flame will square off against region foe Travelers Rest Thursday evening in the Peggy Harden Anthony Gymnasium at Pickens High School. The junior varsity match begins at 5:30 p.m., followed by the varsity. The Lady Blue Flame then travel to Westside High School in Anderson County for a region match on Tuesday, Sept. 22