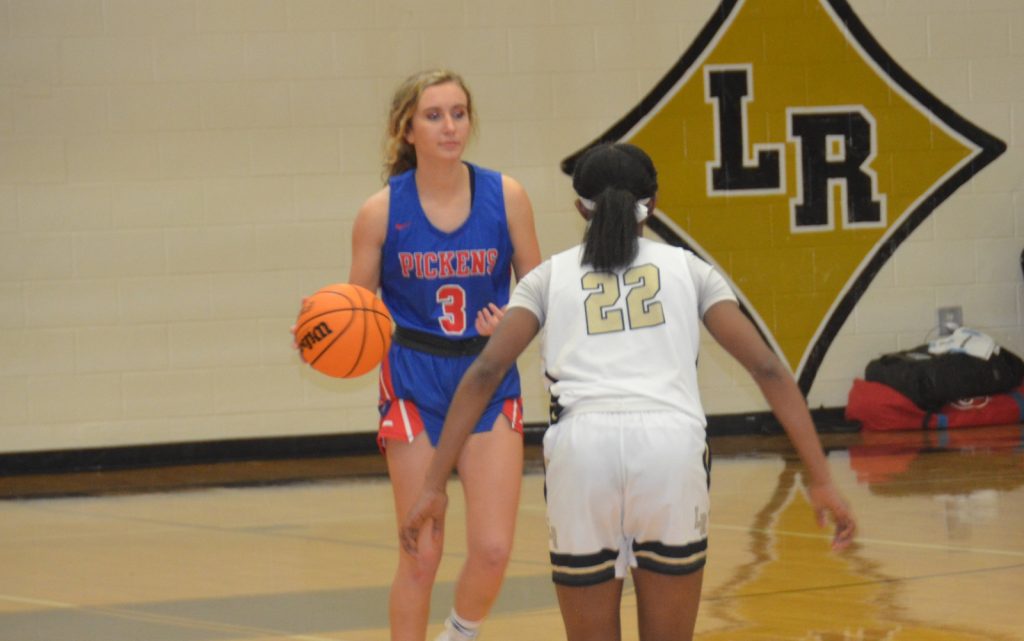 Lady Blue Flame guard Sami Turner brings the ball up against Lower Richland in the first round of the playoffs. 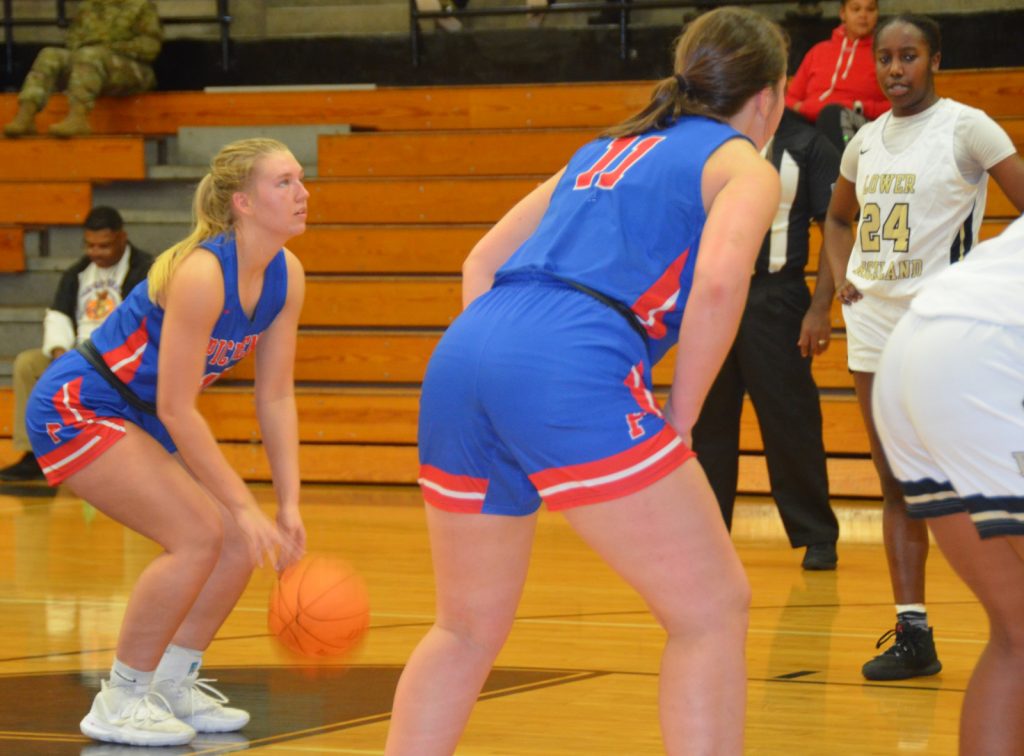 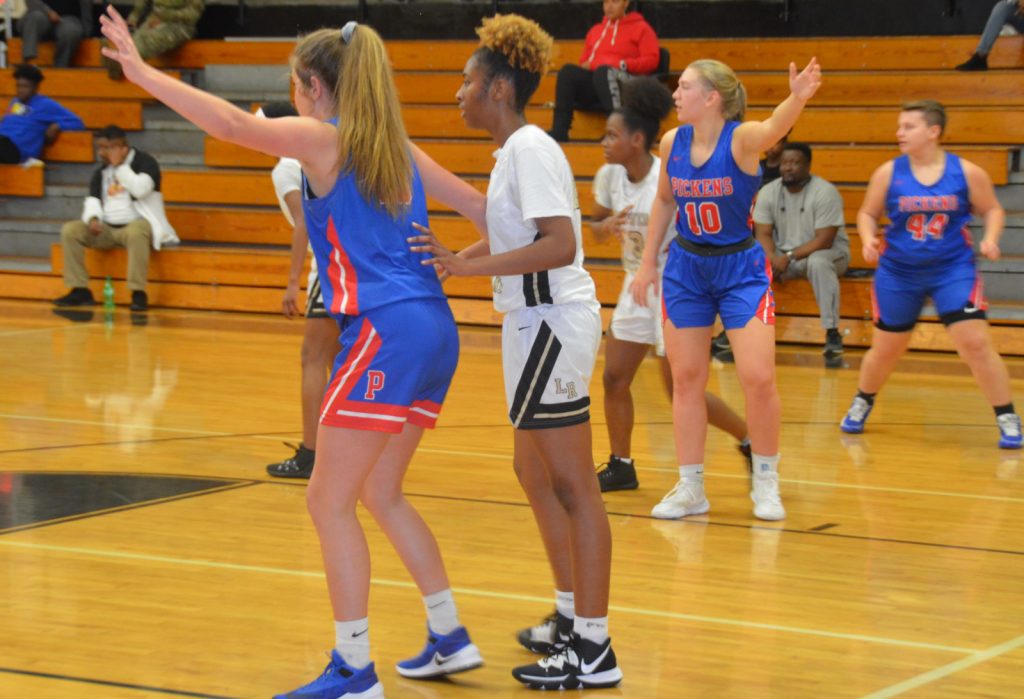 Even though the Lady Blue Flame girls’ basketball team of Pickens High School ended the season with a loss in the first round of the playoffs to a powerful Lower Richland team, Coach Rikki Owens said the 2019-2020 group is one that will be long remembered by Blue Flame faithful.

“This team never gave up,” said Owens, “and it’s a team that has left a legacy. They have set the bar high in work ethic, dedication and leadership for future Blue Flame. We love them so much more than basketball, but basketball is what brought us all together, and we are grateful for that. We were definitely blessed with a special group of girls and their parents. We have appreciated all the support from everyone this season.”

The season was full of highlights, one of them making the playoffs for the first time since 2017. Also among evenings to remember were defeating all three county rivals Easley, Liberty and Daniel at home in the friendly confines of Peggy Harden Anthony Gymnasium. The Daniel victory was especially sweet for Pickens, since Daniel was the region leader and the win propelled the Blue Flame into the playoffs. It was also Senior Night for the Blue Flame, and the three starting seniors—Alex Dow, Kaley Gillespie and Sami Turner—came up big in points, rebounds, assists and steals against the Lady Lions to secure the victory.

In the Feb. 18 playoff game against the Lady Diamond Hornets of Lower Richland, played in Hopkins, the home team jumped out to a 17-4 lead by the end of the first quarter. After four quarters of play, the final score was 56-18, ending the season for the Lady Blue Flame.

The seniors on this year’s team, in addition to Dow, Gillespie and Turner, were Karlee McKee, Sydney Pittman, Savannah Perry and Olivia Wilson. The team finished 8-12 on the season and 3-7 in region play.