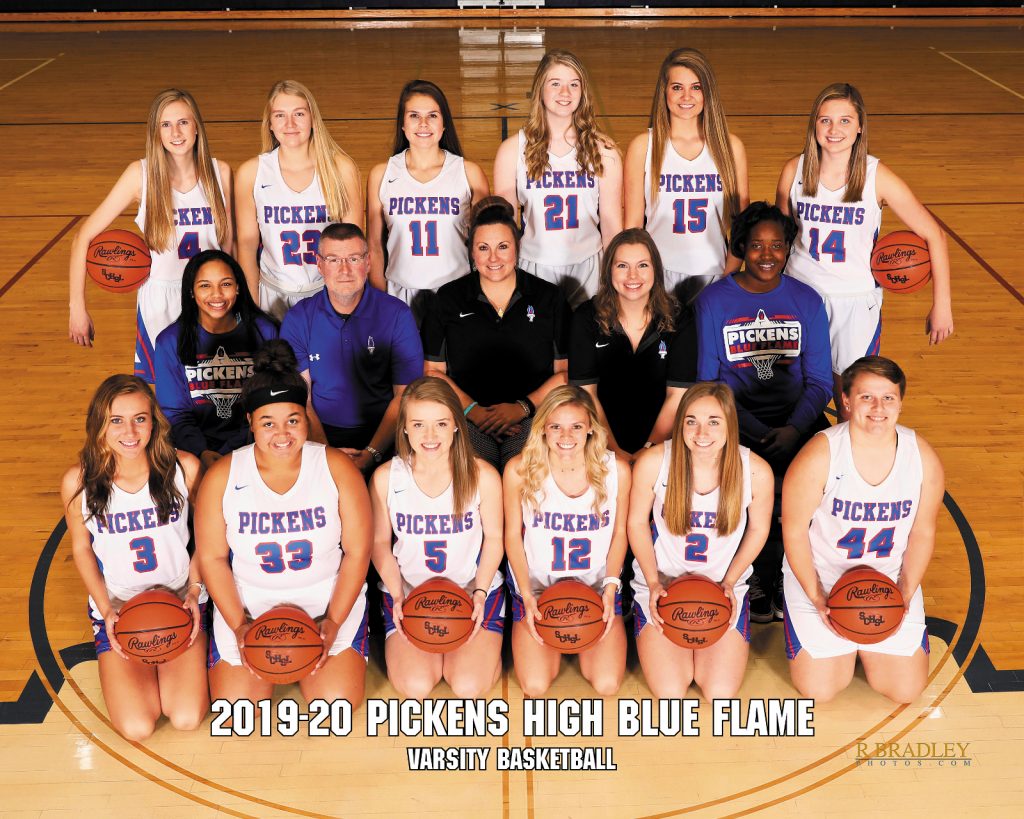 “We are so proud of our team and how hard they continue to work,” said Rikki Owens, Lady Blue Flame basketball coach of the 34-24 victory against BHP. “They decided that their legacy as a team was going to be remembered by never giving up, and they were not going to end the season without a fight.”

The BHP game was played Feb. 7 at home. On the regular season, the Lady Blue Flame stand at 7-10 overall and 2-6 in the region.

Also in region play last week, the Lady Blue Flame dropped two away games, to the Walhalla Lady Razorbacks 61-28 on Feb. 4 and to the Wren Lady Hurricanes 50-44 on Feb. 5.

A Tuesday night game against the Lady Lions of Daniel High School will be the final home game of the season within the friendly confines of Peggy Harden Anthony Gymnasium at Pickens High School. The last regular season game is set for Thursday evening against the Lady Mustangs of Palmetto High School in Williamston. The playoffs are scheduled to begin Tuesday, Feb. 18 at a time and place to be announced.