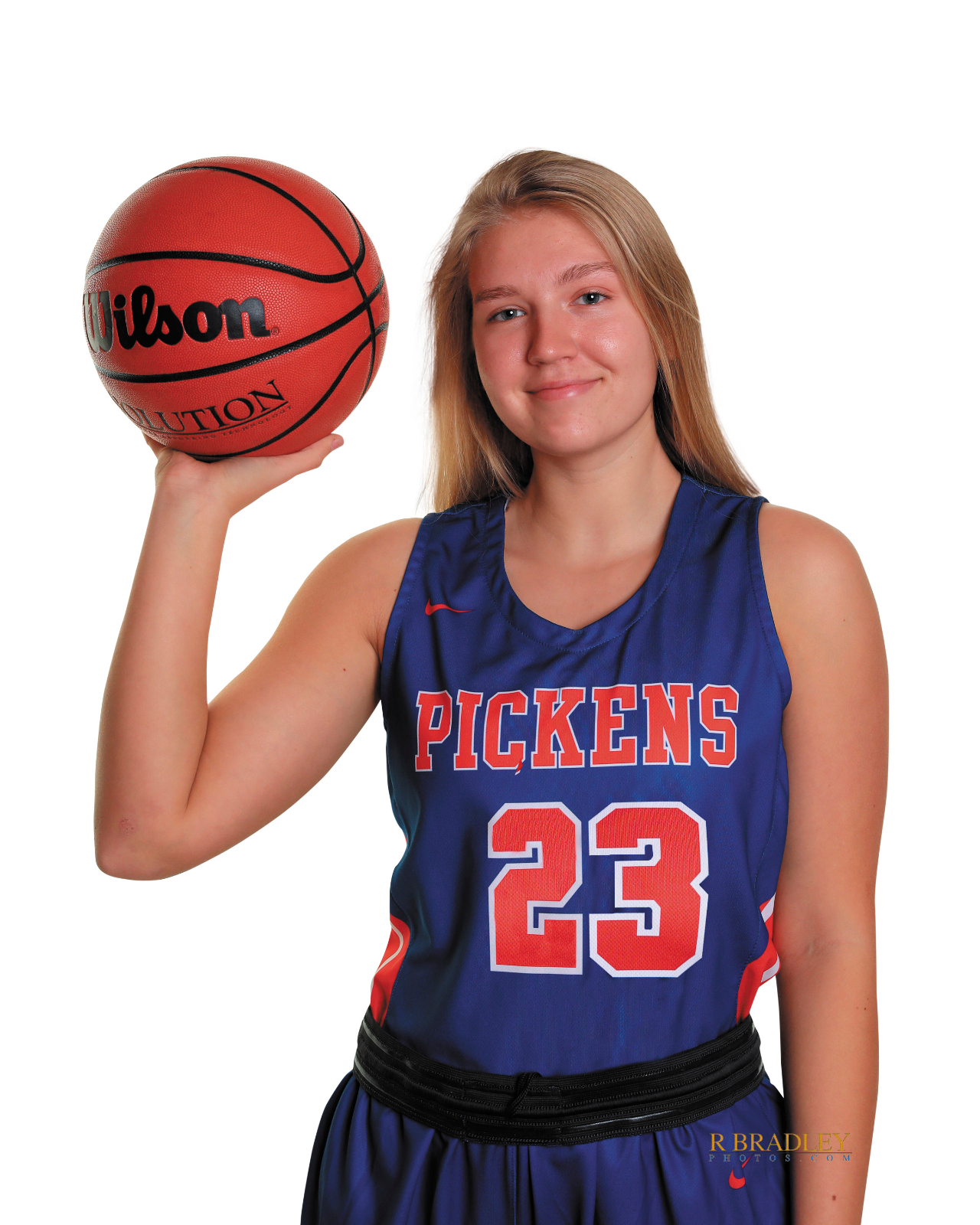 The Lady Blue Flame women’s basketball team of Pickens High School captured its first region victory last week with a win over the Lady Mustangs of Palmetto High School in a game played within the friendly confines of Peggy Harden Anthony Gymnasium in Pickens.

“A very exciting and fun win for us!” said Rikki Owens, Lady Blue Flame basketball coach of the 49-39 victory. “We executed our offense, and everyone contributed to the success. We are improving every time we step out onto the court.”

The Palmetto game was played Jan. 28. On the regular season, the Lady Blue Flame stand at 6-8 overall and 1-4 in the region.

During the Palmetto game, senior forward Kaylee Gillespie achieved a double-double with 11 points and 11 rebounds. Sophomore guard Hannah Roper was the leading scorer with 12 points—including 4 of 7 from the 3-point line, or 57 percent—and senior guard Sami Turner added 11 points. Sophomore center Caroline Lucas was the second-leading rebounder with eight boards.

The Lady Blue Flame were scheduled to play region foe Wren High School Jan. 31 at Wren, but the game was canceled due to winter weather. The game is rescheduled for Wednesday at Wren.

The Blue Flame travel to Walhalla on Tuesday night. The next upcoming games are at home Friday against Belton-Honea Path and Tuesday, Feb. 11 at home against Daniel.

Preseason Tournament (JV Only)
10:00 am
View All Events