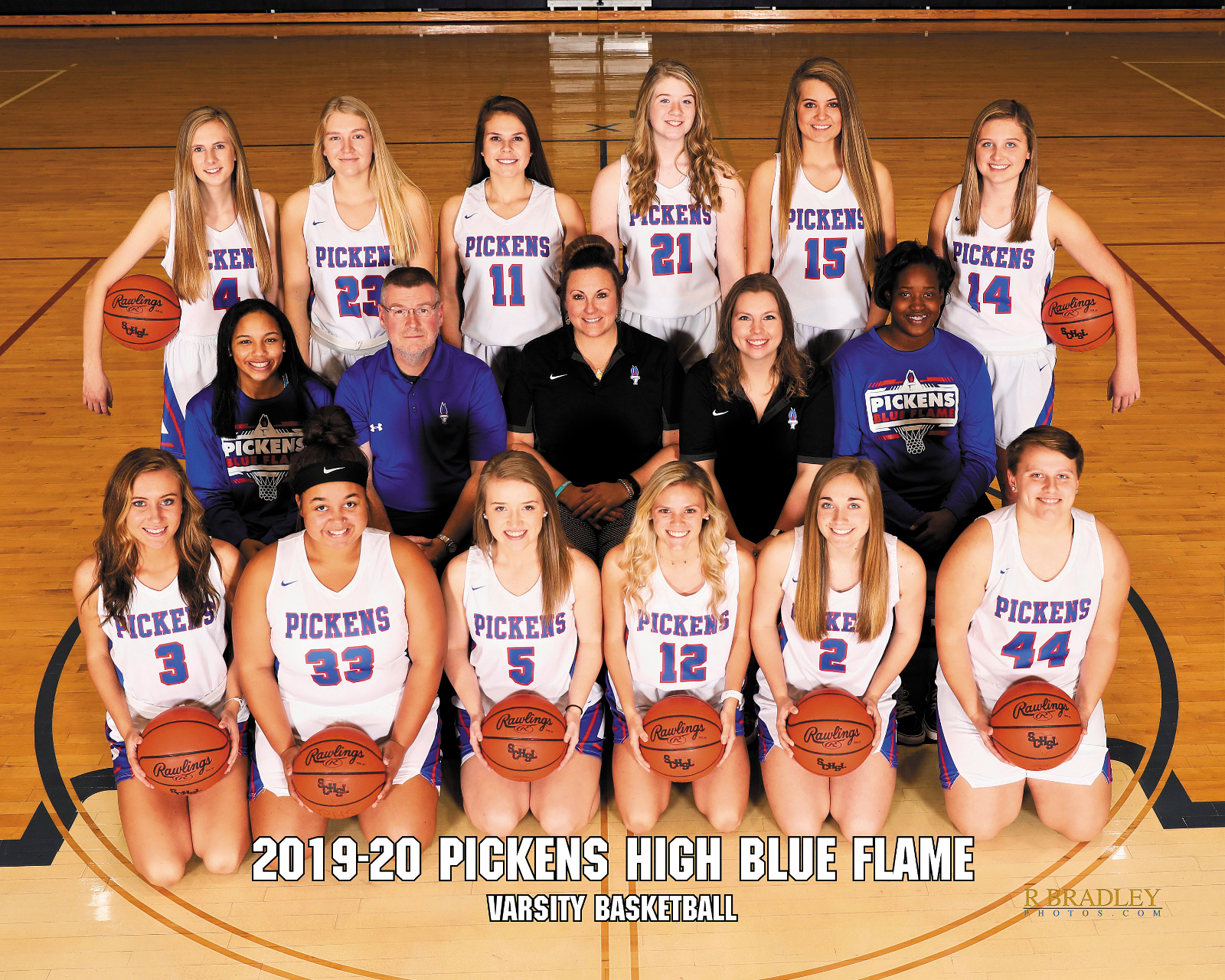 The Pickens High School women’s basketball team dropped two games last week to region foes, losing to Wren and Walhalla in games played at home. The Lady Blue Flame will seek to rebound this week in upcoming region games against Daniel and Palmetto.

On the regular season, the Lady Blue Flame stand at 5-6 overall and 0-2 in the region. The Pickens’ women dropped a Jan. 14 home game to the Lady Hurricanes of Wren High School 57-37, then lost a home game Jan. 17 to the Lady Razorbacks of Walhalla High School 43-36.

“I believe that we learn and keep getting better every game individually and as a team,” said Rikki Owens, Lady Blue Flame basketball coach. “We are going to focus on our energy on the court and continue to play hard defense. If we keep doing the little things the right way, we will minimize turnovers, take care of the ball and put all four quarters together to win a ball game.”

In the Wren game, sophomore guard Hannah Roper led all Pickens scorers with 20 points, shooting 57 percent from the three-point line by making four out of seven. Senior forward Kaylee Gillespie scored 11 points against the Lady Hurricanes and pulled down eight rebounds. Senior forward Alex Dow also had eight boards on the night.

Against Walhalla, freshman guard Macie Gentry led all Lady Blue Flame scorers with 17 points, and she pulled down six rebounds. Gillespie was the second-leading scorer with 15 and had six rebounds. Dow was the leading rebounder from Pickens with eight boards.

The Lady Blue Flame play region foe Belton-Honea Path Tuesday night at BHP. The next game is Friday against region foe and cross-county rival Daniel High, to be played in Central. Palmetto High School comes to visit on Tuesday, Jan. 28, when the Lady Blue Flame will face the Lady Mustangs in the friendly confines of Peggy Harden Anthony Gymnasium in Pickens at 6 p.m.